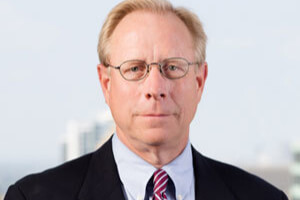 Timothy R. Ocasek of Cooney & Conway garnered a $2 million-dollar settlement for his client, an electrician who suffered brain trauma in a fall off a ladder while rewiring the fire alarm circuitry at a Chicago Public School. Mr. Ocasek said the case centered around whether safe and suitable support was provided for the electrician’s work.

Construction workers head to the job site every day to face the hazards presented by the work they are asked to do. They must trust their supervisors to implement and enforce safety programs. If those in control of safety at the worksite fail to exercise reasonable care and a worker is injured as a result, the company can be held liable for compensation and damages to the worker or his family.

“Construction negligence is a theory under which we prove that a company who is not the plaintiff’s employer had control of safety of the work,” Mr. Ocasek said. “If a contractor had some degree of control of the safety of the means and methods of the work, they should have exercised that control with reasonable care and ensured the safety of what he was using as a support.”

The electrician and his partner were assigned to rewire fire alarm units that were installed above the school gymnasium ceiling. While pulling wire above the ceiling from one attic space to another, the electrician lost his balance and fell off the ladder. He hit the floor head-first, causing a skull fracture and traumatic brain injury.

At the time of the incident, the electrician was working alone in the attic and has no memory of the accident. There were no other contractors with him at the time, so there were no witnesses to the incident. The case involved a comprehensive effort to find and use circumstantial evidence to prove the details of what happened.

“We took a chance on whether there was enough evidence to prove what happened,” Mr. Ocasek said. “I believed strongly in the contractor’s safety obligations to the electrician. I wanted to fight for him.”

The attorneys for the contractor filed a summary judgment motion to dismiss the case for lack of evidence. After several depositions of site personnel and discovering numerous construction documents, including contracts, internal rules, and daily logs, Mr. Ocasek was able to defeat the motion.

“The allegation was that the general contractor in control of safety should have seen to it that the electrician used or was provided a scaffold – something to work off at a height that was a broader platform for better balance instead of a skinny little step of a step ladder,” said Mr. Ocasek.

Mr. Ocasek utilized a series of expert witnesses to provide analysis of the fall and establish liability, including:

The settlement included a medical fund, income for life, and a waiver of a $1 million reimbursement of worker’s compensation benefits.

Mr. Ocasek has won numerous personal injury verdicts and settlements in his four decades at Cooney & Conway. The veteran attorney has been rated AV Preeminent for 28 years, Highest Possible Peer Review Rating in Legal Ability and Ethical Standards by Martindale-Hubbell, peer-selected to the Best Lawyers in America 2018, and named among the Top Lawyers of Chicago 2016 by the Chicago Tribune. He is a member of the American Association of Justice, the Illinois Trial Lawyers Association, the Illinois State Bar Association, and Federal Trial Bar of the Northern District of Illinois.