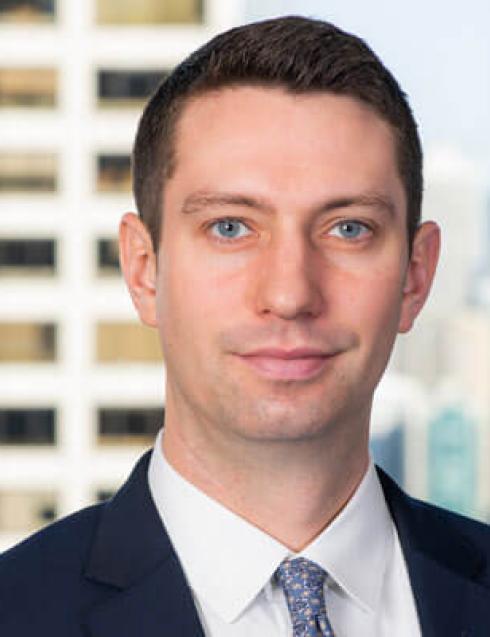 Michael Cooney represents victims of serious injuries and wrongful death. Michael devotes most of his practice to victims of mesothelioma, lung cancer, and other asbestos-related injuries.

Prior to joining Cooney & Conway, Michael served as an Assistant State’s Attorney at the Cook County State’s Attorney’s Office for four years, where he worked in the First Municipal District and the Narcotics Prosecutions Bureau. During his career as a prosecutor, Michael tried over 70 bench trials, 3 jury trials, litigated over 30 contested motions, and indicted numerous cases in front of a Grand Jury.

Michael Cooney received his B.A. from Boston College in 2010 and his J.D. from Boston College Law School in 2014. While in law school, Michael clerked for the Cook County State’s Attorney’s Office South Suburban Gang Unit and the Suffolk County (MA) District Attorney’s Office Appeals Unit. Michael also clerked for a Federal Magistrate Judge and for a Justice on the Illinois Appellate Court, First District.

Michael is admitted to practice law in the State of Illinois and the Northern District of Illinois, and he is a member of the Illinois Trial Lawyers Association and American Association for Justice.